How Much Does the Tooth Fairy Pay per Tooth in Your State? 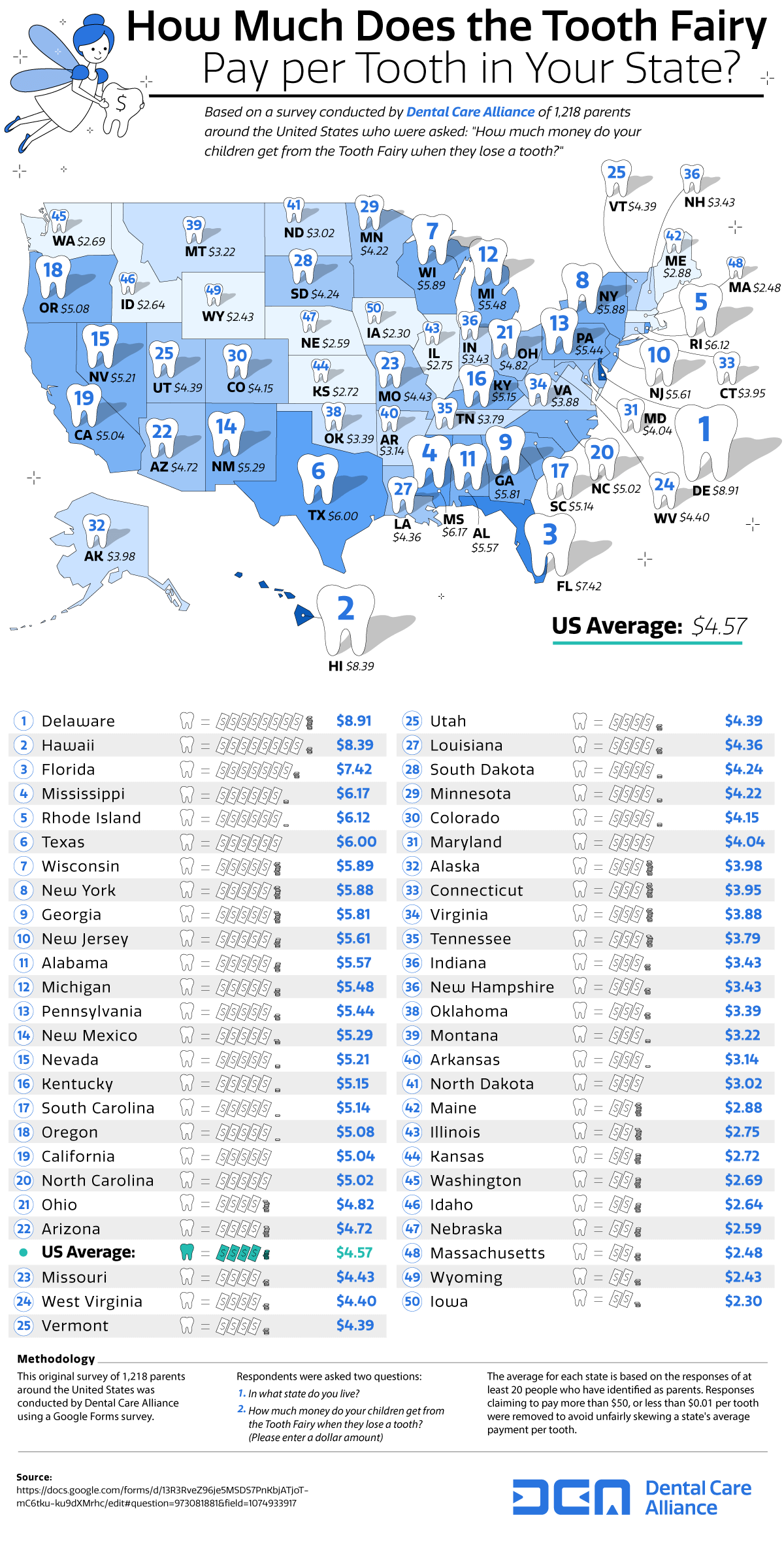 You can embed this graphic on your blog or website. Simply copy the code below and paste it into your browser:

In Which State Does the Tooth Fairy Pay the Most per Tooth?

In Which State Does the Tooth Fairy Pay the Least per Tooth?

How Many Teeth Fall Out in Childhood?

Between the ages of 6 months and 33 months, children will usually grow 20 primary teeth, which include the central and lateral incisors, canine teeth, and the first and second molars. All of the primary teeth will shed as the child grows, with most replaced by adult teeth by the age of 12. With an average tooth fairy payment of $8.91, children in Delaware could earn up to $178.20 over the course of losing their baby teeth!

How many permanent teeth take the place of the primary teeth we lose? Thirty-two permanent teeth begin to come in after the baby teeth are lost, and they’re the only set of teeth you get, so make sure to keep up on regular dental care by visiting a dental office near you.

This original survey of 1,218 parents around the United States was conducted by Dental Care Alliance using a Google Forms survey.

The average for each state is based on the responses of at least 20 people who have identified as parents. Responses claiming to pay more than $50.00, or less than $0.01 per tooth were removed to avoid unfairly skewing a state’s average payment per tooth.